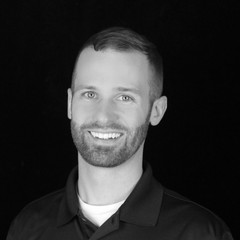 Aaron Railey is a composer, arranger, educator, and performer based out of Columbia, South Carolina. He holds a Bachelor's degree in Music Education, with an emphasis in percussion performance, from The University of South Carolina where he studied under Dr. Scott Herring. Aaron is currently the Associate Director of Bands at River Bluff High School in Lexington, SC, where he is the Director of Audio Engineering for the Center for Media Arts and is also the Director of the Steel Band program. Aaron is the Director of Steel Drum Ensembles at Logan Elementary School in Columbia, SC, where he teaches a before-school musical outreach program to third through fifth graders. He and his wife Caroline, reside with their son Christian in Lexington, SC.

Versatility is the word that best describes Aaron's performance abilities. In the genre of concert percussion, he has been a featured soloist on various concert tours around the world and has also been a featured percussion ensemble artist at The Percussive Arts Society International Convention. Throughout this career, Aaron has also been heavily involved with the marching arts. He was a DCI silver medalist with Carolina Crown, a WGI gold medalist with Palmetto Percussion, and a DCI finalist and section leader for Spirit of Atlanta. Aaron is also an active steel pan solo artist performing around the state of South Carolina for weddings, parties, and corporate events.

As an educator, Aaron has an undeniable passion for instilling positive life skills through music. Along with his present positions at Logan Elementary School and River Bluff High School, he is an active clinician across the country and a devoted private lesson instructor. Ensembles under his direction have consistently placed in the top three at state marching competitions, received superior ratings at concert festivals, and won many WGI and BOA national and regional titles.

Aaron is a well-sought after and internationally published composer and arranger. He is currently the resident percussion designer for the music arranging company MarchingBandWorks, under the direction of CEO Joshua V. Hinkel. His marching arts designs have been heard in state marching band championships and in WGI and BOA regional and national championships. Through his partnership with C-Alan Publications, Aaron has composed many new works for percussion ensemble and steel band, many of which have been added to the Texas UIL list! Aaron is honored to be endorse and be a part of the artist families of Remo Inc., The Vic Firth Company, and The Zildjian Company. Aaron is also on the approved artist roster for the South Carolina Arts Commission.