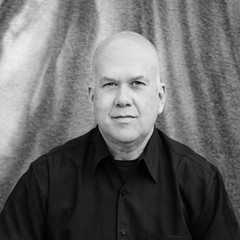 Aaron Serfaty was born in Caracas, Venezuela. He began playing drum set at the age of fifteen and started to play professionally at seventeen. He did extensive work as a session and touring drummer from 1980 until 1991 with local and international artists such as Frank Quintero, Ilan Chester, Guillermo Carrasco, Carlos Mata, Guillermo Davila, Soledad Bravo, Elisa Rego, and El Trabuco Venezolano. He was also busy doing jingle sessions for Coca-Cola, Pepsi, 7-up, Bubbilicious, Toyota, Renault, Fiat, and several regional products.

As a teacher he has taught at Los Angeles College of Music (1997-2014), at The California Institute of the Arts (2000-2014) and is currently on faculty at the University of Southern California (1997-present) where he conducts the Latin Jazz Ensemble, teaches drum set, and a Latin Percussion class.

"Remo has set the standard for how a drumhead should sound." "Every drum out there sounds better when a Remo drumhead is on it!"

"Remo percussion is the most innovative instrument out there."