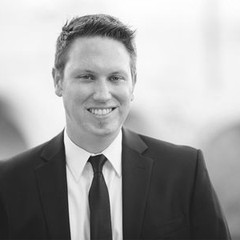 As Director of Broken Arrow High School Indoor Percussion, the program has received high accolades in its first two years of competition, most recently winning the 2016 WGI Dallas Regional in Scholastic-Open and the 2016 WGI Mid-South Regional Championship in Scholastic-World. In December of 2016, the Broken Arrow High School Percussion Ensemble will perform at the 70th Annual Midwest Band and Orchestra Clinic.

Adam has been a percussion staff member at The Cadets Drum and Bugle Corps since 2013. In 2013, The Cadets were awarded the Drum Corps International (DCI) Fred Sanford Award for High Percussion Performance. He previously served on the instructional staff for the Santa Clara Vanguard, Troopers, and Crossmen Drum & Bugle Corps. Adam is an alumnus of the Madison Scouts and The Cavaliers Drum and Bugle Corps.

Adam received his Bachelor's at the Jacobs School of Music at Indiana University in Bloomington, Indiana in 2010. Throughout his studies at Indiana, Adam studied with John Tafoya, Kevin Bobo, Steve Houghton, and Craig Hetrick.