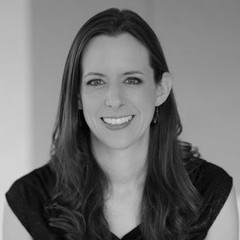 Annie Stevens is an active performing and recording artist, and on the faculty of Virginia Tech's School of Performing Arts as the Assistant Professor of Percussion. Annie focuses her performances in three main categories: solo, chamber, and orchestral performances. As a member of the percussion duo, Escape Ten (www.escapeten.com), she performs around the United States and abroad, having recently performed at the 2019 World Association of Symphonic Bands and Ensembles conference (WASBE) in Buñol, Spain, and the 3rd Meeting of Contemporary Percussionists in Xabia, Spain. As a chamber musician and soloist, Stevens has performed internationally at music conservatories throughout China, the Academy for the Performing Arts in Trinidad, the Paris Conservatory, and the Detmold Chamber Orchestra in Germany. In 2017, she was invited as a fellow to attend Ensemble Evolution, a performance seminar hosted by the International Contemporary Ensemble at the Banff Centre in Banff, Canada. Nationally, she has collaborated with New York’s Ensemble Signal and the Grammy nominated Metropolis Ensemble. Local engagements include those with the Roanoke Symphony as the principal timpanist. She can be heard on albums, Blue Earth County with the Kelly Rossum Quartet, and Escape Ten’s, Colours of a Groove and Our Favorite Things (Parma Recordings label).

"Remo is a brand that I grew up playing in many scenarios - these drumheads have seen me through marching seasons as a student and educator, they've been a part of the triumph playing timpani in Mahler's Fifth Symphony, and they are a large part of Escape Ten's commissioned piece, "Clear Midnight" heard on the album, Our Favorite Things."  -Annie Stevens