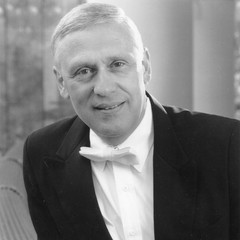 Mr. Cirone has over 115 published titles including 3 symphonies for percussion, 4 sonatas, a string quartet, orchestral works, and textbooks. His book, Portraits in Rhythm for Snare Drum, is used worldwide for training percussionists. His recent publication, The Great American Symphony Orchestra – A Behind the Scenes Look at its Artistry, Passion, and Heartache, has received high acclaim.

In 1999, he received a Special Distinction Award from ASCAP for his PentadicStriations for Orchestra. He is Executive Percussion Editor for Meredith Music Publications, also a published author for Alfred Music, and a clinician for Avedis Zildjian Cymbal Company, the Yamaha Corporation, and Remo Inc. (www.anthonyjcirone.com)

Mr. Cirone is a member of the Percussive Arts Society Hall of Fame.