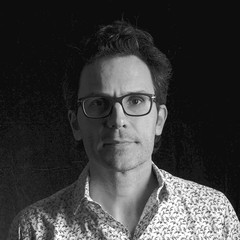 Anthony Michelli, the Canadian born and internationally respected professional has fostered a creative and successful career in the music industry as a celebrated figurehead as a drum set performer, post-secondary educator and sound recording engineer and producer.

Through personal motivation, curiosity and dedication, alongside his ever persistent quest for knowledge, Anthony has been able to remain relevant, current and active for over three decades as an esteemed professional.

Appreciative to be a member of various diverse projects featuring an extensive list of award winning distinguished composers and performers, Anthony is able to actualize his unique approach performing in several varied styles of music equally with respect and dedication to the art of creating Music.

Presently and since 1995, Anthony has recorded, toured and collaborated with several artists in the contemporary jazz, original composition, world, popular and creative music genres. His contributions are documented on well over one hundred recordings listed in his discography, in person on tours world-wide, in his productions and through the work of thousands of his students that have studied under his tutelage over the past two decades.

As the proprietor of Salem House Studio he is involved in producing, tracking, mixing, editing and mastering full recording projects in addition to drum and percussion tacking for other artists. Over the years he has periodically led his own group performing his own compositions.

Anthony accredits any accolades under his name to the groundwork established by his mentors and elders that opened pathways. Inspired to keep a continuum, Anthony has made it a personal goal to remain true and creative in efforts to forge paths for young and aspiring musicians finding their place in the industry