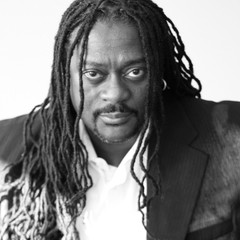 Arthur Thompson is a drummer, percussionist, singer, producer, songwriter, designer, entrepreneur, and teacher. He has also been a Remo artist since 1989. Perhaps best known as drummer for the late, great Wayman Tisdale, he has also recorded and performed with bassist Marcus Miller and saxophonist Tom Braxton. Arthur, along with singer-songwriter Toby Keith, was part of the Grammy-nominated performance of “Crying for Me” paying tribute to the life of Wayman Tisdale. Arthur has traveled to locations such as Spain, Italy, France, Greece, Sicily, and Alaska as a performer, percussionist, and djembe player for the Grammy award-winning saxophonist Dave Koz on his yearly Koz and Friends at Sea Jazz Cruise. Influenced by Miles Davis, Quincy Jones, Buddy Rich, and good “old school” funk and R&B, Arthur is an inspiration to all as he exemplifies living your passion.

In addition to being a full time musician, Arthur is also a full time Music Teacher and Marching Band Director at Tulsa Legacy Charter School in Tulsa, OK. He has found a way to mix music and education by energizing, engaging, and inspiring children. He uses his gift of music, movement, and storytelling to touch the lives of hundreds of children each and every day. Arthur uses his drums as an instrument for positive change. He has an immense passion for both his drums and the children he works with on a daily basis.

Deeply moved by the realities faced by at-risk children, as well as the drastic reduction of music and arts education in schools today, Arthur created Math & Music©, a curriculum that relates basic mathematical concepts with musical notes and scales incorporating repetitive auditory memorization skills. This rhythmic approach to learning uses animated characters and makes counting, addition, subtraction, multiplication, and division fun for children. This curriculum is taught in many schools in Oklahoma and around the country. Arthur also takes this life-changing curriculum to the children of Uganda, Africa. As part of a yearly Medical Global Outreach, he donates his time and his curriculum and spends two weeks in Uganda at Blessings of Joy School, teaching the children his curriculum and training and equipping their teachers.

Arthur also created and directs an African dance troupe, A Taste of Africa, to introduce people to the African diaspora.

For over 10 years, Arthur has written numerous children’s books. He is the author of the Math and Music© Curriculum, the Professor Brown Series, and his latest book of Fables.

Arthur is a director and co-founder of the Promises for Families Foundation, which provides summer camps and school programs for children and youth with an incarcerated parent.

“All of our children in every walk of life can make a difference in this world through music and education.” -Arthur Thompson