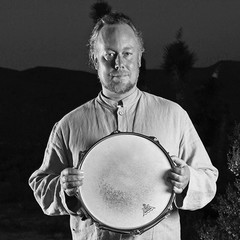 Austin Wrinkle is a versatile drummer and percussionist who has immersed himself in rhythm and drumming from near and far. By combining techniques and concepts from many cultures, he has forged a unique voice on an array of drums and percussion instruments. Austin was nominated for “World Percussionist Of The Year” in the 2014 Drum! Magazine Drummies Awards.

He is a founding member of the internationally acclaimed percussion group Hands On’Semble, a percussion group devoted to the art of hand drumming. Winner of Drum! Magazine Drummies Award for “Best Percussion Ensemble” in 2003, 2002, and first runner up award in 2001.

Education: California Institute of the Arts