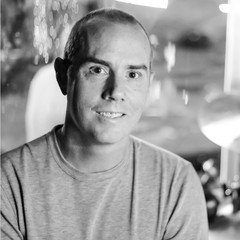 Bill Bachman is a world-renowned specialist in hand technique with a heavy background in rudimental drumming and its application to the drumset. He is the founder of the hand technique site drumworkout.com, columnist for Modern Drummer magazine and author of their books Stick Technique and Rhythm & Chops Builders as well as the “Logic” book series for RowLoff.com. As an educator & author Bill has twice been nominated in Modern Drummer magazine's readers poll. As a designer he created Vic Firth’s Heavy Hitter pad series and his signature Billy Club drumsticks. Bill earned a B.A. from Berklee College of Music, studied at the University of North Texas and has played with and taught many award-winning marching percussion groups, including the UNT drum line and various DCI World Class finalists. Behind the drumset Bill is the drummer for Herd of Instinct, Spoke of Shadows, and has toured with progressive rock artist Neal Morse. He's performed at clinics and drum festivals on five continents and offers online lessons globally.