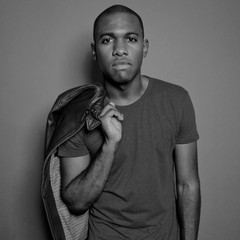 With a confidence reflecting an instrumental and compositional maturity that both belie his age and announce the arrival of a remarkable talent, Bryan Carter exudes what promises a highly successful career.

Carter’s profound respect for the jazz tradition and his ability to create new music that reflects a deep connection to the rich this heritage is not surprising given his background. Beginning drums at the age of three, Carter quickly developed a strong passion for music—especially jazz. By the age of eleven he had already studied with legendary drummers Louie Bellson, Harold Jones, and Ed Thigpen.

Carter attended The Juilliard School as a Jazz Studies major and studied with Carl Allen and Kenny Washington. He was the recipient of the Irene Diamond Scholarship as well as the Samuel L Jackson Scholarship. While at Juilliard, Carter took a strong interest in composition, orchestration and inter divisional cross- collaborative performance.

As a new artist, Carter’s access to extensive outlets lead to performances at iconic and globally recognized venues including Lincoln Center, Carnegie Hall, The Staples Center and the Chicago Symphony Center. He also continues to travel and perform at clubs, festivals and concert halls around the world.

The Bryan Carter Quintet released its first CD entitled “Enchantment” in May 2011. “Enchantment” peaked in the top 15 of the Jazz Week Radio Charts and CMJ Jazz Charts.

Aside from performing Carter has conducted clinics, master-classes and workshops at schools, colleges and universities around the world. Currently Carter serves as a teaching artist for the Jazz at Lincoln Center, “Jazz for Young People” program in New York City.