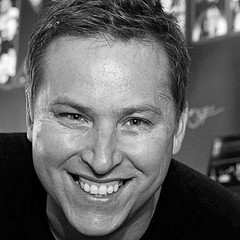 “I am a journeyman.”  That’s how Buddy Gibbons describes himself when asked about his career.  What does that mean? “Well, simply put, I’m not a rock star. I am a man that’s devoted himself to an art, and I’ve been fortunate enough to make a living at it... sometimes PLAYING for rock stars!”    Well if that’s what it means to be a ‘journeyman’, then it’s a journey many musicians would love to take.   Southern born and bred, this Los Angeles based musician is the definition of what it means to be a professional.  Gibbons did all the typical things... banging on the pots and pans in his mother’s kitchen, absorbing all sorts of musical styles from big band to heavy metal, and finally, in his words, becoming the “ultimate ‘band geek’”. It seems that becoming a ‘band geek’ paid off...  Buddy’s professional career really began because he was involved in marching band.  He developed a reputation as a premier rudimental snare drummer, and in his second year at The University of Alabama, Gibbons was asked to join the staff as the snare drum instructor.  It was during this time that Buddy discovered his love of drumset.  He immersed himself in the drumming of Vinnie Colaiuta, Steve Smith, Liberty DeVitto, Gavin Harrison and Carter Beauford... the list could go on for a long, long time... he took what he calls “little lessons” from all of these drumming greats, and applied them to his rudimental skill to create a sound that is uniquely his own.   Buddy has become a fixture on the L.A. studio scene.  In the past several years, his music has been featured on various TV networks, including Fox, Fox Sports, CBS, ESPN, Univision and NBC.  Songs that he composed and played on have been placed over 100,000 times!  The list of artists that Buddy has played with is long and diverse, but it includes Alejandra Guzman, Sophia Reyes, Rio Roma, Peewee, Phil Stacey and Kristen McNamara (American Idol Finalists), The Mile High Orchestra (Fox’s Next Great American Band finalist), Jason & DeMarco, Shiloh, Abe Laboriel Sr., Stan Lassiter, Emanuela Bellezza, Tamela D’Amico, Shanti, Lee Whittaker, and Max Vague... just for starters. Journeyman? Maybe... but oh what a journey.