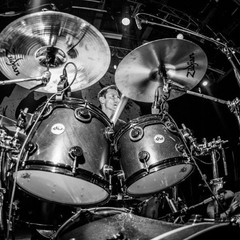 Resting on laurels has never been an option for the men of Southern California's punk rock powerhouse Pennywise. With The Fuse - an amazing, incendiary album from its first snare drum crack to its last molten guitar line - the legendary Hermosa Beach foursome plays with more tenacity and vigor than ever.

"We made a conscious effort to just go in and plug in and play and not over-analyze things as much as we have in the past," frontman Jim Lindberg says of the band's eighth studio set. "We made The Fuse in half the time of the last record and having that mindset going into it made us put more energy into our performances and gave the album more immediacy."

Shooting off one sonic fireball after another, The Fuse - recorded with longtime co-conspirator Darian Rundall - just may be the best-sounding Pennywise record yet. From the scorching opening anthem, "Knocked Down" - which serves as a forum for the blistering riffs of guitarist Fletcher Dragge and Lindberg's scowling attack on the sorry state of affairs in world politics - to the electrical shocker "Closer" and beyond, these Warped Tour icons come out swinging and don't relent. If the latter is an urgent blast that chronicles the frustration elicited out of the daily struggles we all face in the search for happiness, it's also an ideal platform for the thumping, fat-bottomed wares of bassist Randy Bradbury and drummer Byron McMackin.

"Loud, hard and fast - it's what we're comfortable playing and we know that's what people expect from us," Lindberg says matter-of-factly. "With each record we just try and add subtle changes to the form without morphing into a completely different band, or worse, trying to keep up with the latest trends in music. I think the real challenge is to stay true to who you are and keep things interesting. We try and keep the songs and message timely and engaging within the style of music we've always played, and hopefully add to what we've already accomplished."

With the determination to bring their game year after year, the members of Pennywise have made a career out of not merely embracing punk rock but playing it as if their lives depended on it. Although Lindberg will tell you there's no big secret to outlasting a myriad of other groups to become one of the biggest sellers and most beloved acts on the Epitaph roster.

"It's incredibly hard to get four guys to agree on where to go for dinner let alone agree on the million issues surrounding putting out a record, going on tour and how the band is presented," the Pennywise singer admits. "We've always made sure we didn't do so much that we became burned out. Sure we could have made more money if we toured nine months out of the year, but that's not what we're in it for and then we probably wouldn't still be around. It can be difficult but I think at the base of it we're all friends, and we know that there are people out there that appreciate what we do, so we try to put our arguments aside and give everything we can to the music."

Formed in 1988 by Lindberg, Dragge, McMackin and original bassist Jason Thirsk, Pennywise aligned with Epitaph Records in time for their heralded, eponymous 1991 disc. In defiance of grunge, the disc helped to define the then-emerging West Coast punk movement. Astoundingly, 1993's Unknown Road sold a few hundred thousand copies and - rather typically - at the height of the punk resurgence of 1994 the major labels came calling. But the four-piece elected to stay put and released another Epitaph smash with ‘95's About Time. When the tragic death of Thirsk the next year put the future of the collective in serious doubt, they rallied and regrouped with new bassist Randy Bradbury for Full Circle.

The popularity of Pennywise continued to swell as the 20th Century ended, first with the success of 1999's Straight Ahead, followed by the riotous 2000 concert disc Live at the Key Club and the group's highly praised 2001 disc Land of the Free? An ensuing tour was highlighted by a sell-out gig at the 14,000-seat Long Beach Arena and while Jim, Fletcher, Byron and Randy took a year off for introspection, the group reemerged stronger than ever in 2003 as evidenced by the glowing accolades From The Ashes received. In early 2005, as Epitaph reissued remastered, content enhanced versions of the group's first four albums, the band reconvened to craft what would ultimately become The Fuse.

According to Lindberg, much of the impetus for the lyrical direction of the new album came from recent headlines. "When we're writing it's all about trying to keep the energy and passion for what we're doing alive and come up with material that keeps the band relevant," he explains. "For me that means writing about things I feel strongly about. All I have to do is read the newspaper or watch the news every day and I get a never ending supply of subject matter."

From the urban blight and unending cycle of violence that plagues our inner cities ("6th Avenue Nightmare") to our cell phone-mad existence ("Disconnect"), and on to the tyrannical, power-drunk leaders in the world ("Premeditated Murder") Pennywise emerges as apropos as ever on The Fuse. And perhaps most significant of all is the revulsion conveyed via "Fox TV."

"That song came about just from watching shows like "Hannity and Colmes" and the documentary, "Outfoxed," says Lindberg. It's sad to think that the place where most of America gets its information about the world is from a shamelessly biased, tabloid-style news media outlet disguising itself as ‘fair and balanced'. Not only is it terrible for American Journalism, it's bad for our country. I had to write a song about it before I went Elvis on my television."

Created with their bullshit detectors on high, but housing an underlying sense of hope, The Fuse is more than an informed, logical rebuttal. It's Pennywise at their best and set for detonation. Get the message or get out of the way, fuckers.