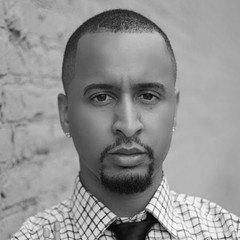 As a performer, Goens is an active member of the Scott Routenberg Trio, which recently released their debut album Every End is a Beginning on Summit Records and have been featured at such notable venues as The Green Mill (Chicago), The Velvet Note (Atlanta), The Jazz Kitchen (Indianapolis) and the 2015, 2016 and 2017 Indy Jazz Fest. Goens also performs all original compositions throughout the Midwest with his jazz quintet Groove Theory, and has appeared at Andy’s Jazz Club (Chicago) and main stage at the 2012 Iowa City Jazz Fest.

To date, Goens has appeared on 17 professional recordings, including an independent release of his own, Transition, which features his original compositions and has been hailed as “a pleasure trip that does not disappoint, especially for those who enjoy navigating the surface between classic and modern jazz genres” (Jazz Line News Reviews, June 2012). Goens is known for his dynamic grooves, tasteful solos, and rhythmic intensity as well as his diverse musical background and ability to perform accurately and artfully in many different genres.

Cassius Goens III holds degrees from Ball State University (BGS, Music Emphasis) and the University of Iowa (MA, Jazz Studies), where he studied with James Dreier. As a member of the Percussive Arts Society, Goens serves on the PAS Diversity Committee, and he belongs to The American Society of Composers, Authors, and Publishers (ASCAP). Cassius is an educator, artist, and endorser for Sakae Drums and Remo Drumheads.