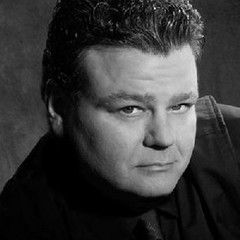 Charlie Harrington is a multi-talented drummer whose artistic ability is seemingly limitless. As a bandleader and as a sideman he pushes the boundaries of swing and groove and has garnered critical acclaim for his ability to inspire and entertain. He's known for sophisticated rhythms, distinctive accompaniment, and powerful solos. "...his inimitable antagonistic percussive prodding, coupled with a dazzling display of virtuosic improvisational madness, was breathtaking," writes the San Mateo Daily News.

“A drummer can be one of three things: a technician, an entertainer, or a musician. I strive to always be all three,” says Charlie. “A technician can dazzle you with their prowess but it is often misplaced and not applied musically. An entertainer is someone that visually holds your attention with their passion and conviction while performing. A musician knows how to apply the first two qualities tastefully and play for the group and not themselves.”

Charlie is a seasoned veteran when it comes to performing. A child prodigy, he has played drums since the age of 5 and performed professionally since the age of 15. He studied with and became the protégé of jazz drumming legend Ray Bauduc. Charlie later studied with classical percussionist Tim Tull. In addition to leading his own band he has shared the stage with such luminaries as Woody Herman, Freddie Green, Stan Mark, Kirk Whalum, Larry Coryell, Kurt Elling, John Scofield, Barbra Streisand, Dave Brubeck, Richie Cole, Tony Bennett, Ira Sullivan, Carly Simon, Ari Brown, Junko Onishi, and Eddie "Cleanhead" Vinson. His blues playing credits include sharing the stage with Joe "Guitar" Hughes and Stevie Ray Vaughan.

On his own, he leads a dynamic 10-piece ensemble “Charlie Harrington and the Jazz Express” combining the sound and force of a big band with the intimacy and interplay of a small group. The result is a group dedicated to performing unique music ranging from straight-ahead to classic to mainstream to swing and all points in between with jawdropping musicianship. "The world doesn't need another good band, it needs something unforgettable, spectacular, and amazing that brings a new audience to this incredible art form," says Charlie. The ensemble has earned a reputation of showcasing accomplished, dedicated musicians. The group has thrilled and entertained appreciative audiences across the U.S. as well as internationally. They draw crowds whenever they perform with their unique style and signature sound.

Charlie Harrington continues to build a body of work that makes him one of the finest drummers of this or any generation.