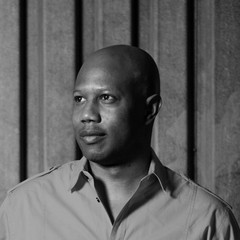 Damon Grant performs original and traditional jazz compositions on vibraphone, marimba and a variety of other percussion instruments with Afro-Caribbean flair in his own group, The Damon Grant Project. He and his group have been recognized for their work in “Modern Drummer” and “Latin Beat” Magazines. Damon has also been recognized as a performer with the University of Massachusetts Jazz Ensembles by “Downbeat Magazine”, and has received four awards. Damon was also in “People” magazine twice with the Funk/Rock group, The Bomb Squad, the “Norwalk Beat” magazine as an independent artist and featured on the “Modern Drummer” blog as an “On The Beat” Contributor.

Damon, a native of Norwalk, Connecticut, has played as a sideman with many of the top musical ensembles in the United States and internationally. His percussion versatility has helped him in performing on stage with many world class musicians, including: David Ryan Harris, Robbie McIntosh, Richie Flores, Horacio "El Negro" Hernandez, John Benitez, Robby Ameen, Javier Colon, The Original Parliament Funkadelic, Fred Wesley, George Porter Jr., and Stefon Harris. He has also worked with Madonna for the 2012 Superbowl Halftime show as well as her 2013 MDNA tour. Damon was a member of the Funk/Rock group, The Bomb Squad, which won an American Music Award in 2003. Damon was also an original member of the Broadway show, Blast!, which won both a Tony and an Emmy award. He, and the groups he has performed in, have opened for, or shared the bill, with acts such as: John Mayer, Soulive, Martin Sexton, Colbie Caillat, Isaac Hayes, Dave Barnes, Brett Dennen, DJ Logic, David Sanborn, the Dirty Dozen Brass Band, and George Clinton. He has also performed regularly at NYC’s legendary Webster Hall with Guns & Roses personal DJ Chris Landry. Damon performed as a member of the 10-time world champion Cadets Drum & Bugle Corps for several years, with which he participated in the 1996 Closing Ceremonies of the Olympics in Atlanta, Georgia, as well as winning a World Championship in 1998. Damon has performed at countless venues from intimate stages to sports arenas and major festivals.

Damon received a Bachelor of Music degree in jazz performance from the University of Massachusetts in February 2001. He has studied with musical legend Yusef Lateef, as well as master percussionist; Giovanni Hidalgo

Damon has just as much teaching experience as he has playing experience. He started by teaching at the high school he graduated from, Norwalk High School, in Norwalk, CT. He has taught their award-winning marching and jazz ensembles in addition to being a guest performer and clinician. From there he began teaching at Boston College. Damon currently teaches at his alma mater, the University of Massachusetts at Amherst with Thom Hannum. He continues to do so today while also teaching privately in Fairfield County, CT. Damon has consulted at the East Coast Jazz Drum Corps, and taught the front ensemble for the 22-time DCI finalist, Crossmen Drum Corps as well as the 10-time DCI World Champion Cadets Drum Corps. Damon not only teaches locally, but also has traveled around the country giving masterclasses and clinics on various percussion instruments and styles of Jazz and Latin music.