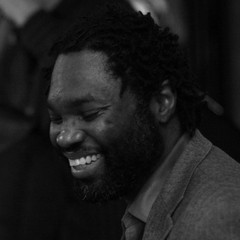 Born in Brooklyn, New York, drummer Dana Hall has been an important musician on the international music scene since 1992. After completing his education in aerospace engineering at Iowa State University, he received his Bachelor of Music degree from William Paterson College in Wayne, New Jersey and, in 1999, his Masters degree in composition and arranging from DePaul University in Chicago, Illinois. He is presently a distinguished Special Trustees Fellow completing his PhD in ethnomusicology at the University of Chicago.

Mr. Hall previously taught at the University of Illinois at Urbana-Champaign before joining DePaul University as Associate Professor of Jazz Studies and Ethnomusicology in 2012.

In November 2009, Mr. Hall celebrated the release of his debut recording as a leader, Into the Light. Immediately upon its release, Into The Light was the most added and highest debuting new CD on the mainstream and college jazz charts and within a month was #8 on the JazzWeek Top-50 and #3 on the College Music Journal Top-40 Jazz charts. It also landed on the Best of 2009 lists of many major newspapers and magazines nationwide, including the Chicago Tribune, Detroit Free Press, and others. At the conclusion of 2009, Mr. Hall was recognized by the Chicago Tribune as a 2009 Chicagoan of the Year, acknowledging his outstanding achievements in the arts.

From June 2011 through June 2012, Mr. Hall served as the Artistic Director of the Chicago Jazz Ensemble, a position he held concurrently with his previous position as Music Director of the ensemble. In this role, Mr. Hall curated the ensembles series of concerts, which included hosting artists as varied and diverse as Miguel Zenon, Sonia Sanchez, Etienne Charles, and MeShell Ndegeocello.

In addition to his active schedule as a full-time student and freelance musician with a number of jazz, popular, and world music ensembles, Professor Hall is also an active clinician and educator. He has served as a faculty member of the undergraduate college at the University of Chicago teaching courses in world music and was a member of the faculty at Columbia College Chicago, teaching a select number of private students. Mr. Hall is also a member of the Jazz at Lincoln Center Band Directors Academy and Essentially Ellington faculty, under the musical and artistic directorship of Grammy and Pulitzer Prize-winner Wynton Marsalis, providing jazz fundamentals, advanced pedagogical techniques, mentoring, musical resources, and practical tools for high school and college band directors. Additionally, Mr. Hall served a four-year residency with the prestigious Ravinia Festivals Jazz in the Schools Mentoring Program, where he, working in close association with band directors and other professional musicians in Chicago, educated Chicago Public School students on music fundamentals and their associated applications within jazz music. In the summer of 2000, Mr. Hall joined the faculty of the distinguished musicians and educators at the Merit School of Music, continuing his mission to assist in bringing quality education to music and arts students in the city of Chicago. Mr. Hall is also a member of the Thelonious Monk Institute of Jazz's Jazz in America Program and the Jazz Institute of Chicago's Artists Residency Program. In each, Mr. Hall teaches and mentors middle and high school students in the fundamentals of jazz, Latin, and popular music. Mr. Hall also teaches students privately in studio on drums, percussion, and general music fundamentals, including theory and harmony.

Concurrent with his national and international recording and touring projects, Mr. Hall can also be regularly seen and heard in Chicago and its surrounding area performing and recording with his own groups including his quartet, spring, an ensemble featuring two multi-instrumentalist woodwinds, acoustic bass, and his own drums and cymbals and as an in demand artist with the groups of others. Mr. Hall uses and endorses Yamaha Drums, Zildjian Cymbals, Vic Firth Drumsticks and Remo Drumheads.