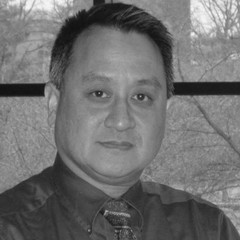 Mr. Smithiger remains in demand throughout the region, maintaining constant visibility with directors and students. He is active in adjudicating percussion, bands, and presenting recitals and clinics throughout Illinois, Missouri, Arizona, Ohio and Arkansas. He also has presented at the National University of Tainan (Taiwan) in 2011, and furthered his research of Soca and Calypso music in Trinidad, 2012 and 2013.

In January 2013, Mr. Smithiger and the SIUE STEEL Bands performed at the Illinois Music Educator Association Convention, and in Trinidad with the Hatter’s Steel Pan Orchestra. Mr. Smithiger also maintains involvement in ILPAS, IMEA, IHSA, SLSMEA and St. Louis All-Suburban. Upcoming performances include appearing as a guest artist at the PANA Percussion Institute (Ohio) in the summer of 2013, a Faculty Percussion Recital in October 2013 and Trinidad, 2014. He is the founder, coordinator and judge of the annual Black Swamp Percussion Ensemble and Solo Multiple Percussion Showcase.

Before his appointment at SIUE, he served on the faculties of McKendree University (Lebanon, Illi.) and Angelo State University (San Angelo, Texas). While maintaining these positions, Mr. Smithiger remained active in recruiting, adjudicating, and presenting clinics throughout the Midwest, Texas and Arizona. Recently, Mr. Smithiger performed for the Illinois State Music Teachers Association showcase at the University of Illinois, and he performed William Kraft’s Concerto for Timpani and Wind Band (3rd Movement) with the SIUE Wind Symphony in fall 2011. Credits also include performing with Garry Kvistad of NEXUS, the Bach Society of St. Louis, the Tucson Symphony, the Flagstaff Festival of the Arts Orchestra, the San Angelo Symphony (principal), the Midland-Odessa Symphony Orchestra, the Mesa Symphony, the St. Louis Philharmonic, the Flagstaff Symphony, the Phoenix and Tucson Boys Choir, Crosstalk, and the St. Frances De Sales Orchestra.

He completed his Bachelor of Music Education degree at Northern Arizona University, his Master of Music in Percussion Performance and DMA course work at the University of Arizona. Daniel Smithiger is published with Percussive Notes, HaMaR Publications and Black Swamp Percussion. He serves on the Education Committee for the Percussive Arts Society; as the Education consultant for Black Swamp Percussion; and serves on the advisory committee for the SIUE Cuban and Caribbean Culture Center. He is represented on the educational team with Sabian Cymbals, ProMark and Remo. He is an honorary member of Kappa Kappa Psi, Tau Beta Sigma and Phi Kappa Lambda.