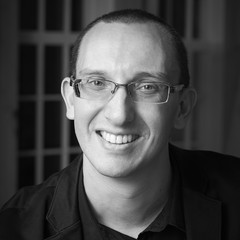 Dr Daniel Susnjar is a Western Australian drummer/composer/producer/educator known internationally for his expertise in the field of Afro-Peruvian Jazz. He has performed and recorded with music legends including Chick Corea, Bobby McFerrin, Steve Miller, Terence Blanchard, Hank Marvin and Dave Grusin, and has toured throughout the USA, Peru, Australia, Asia and the Caribbean Islands.

In 2018, Speedball (high-level Australian jazz group which Daniel co-founded in 2000) won the Australian Jazz Bell Award for Best Australian Jazz Song of the Year, and toured nationally to capacity audiences. Also in 2018, Daniel was invited to perform alongside percussion legend Alex Acuña at the renowned Australian Ultimate Drummers Weekend.

Daniel’s solo drum improvisations can be heard throughout the James Bogle-directed documentary film “Whiteley,” winner in 4 categories at the 2017 Australian Academy of Cinema and Television Arts Awards, and winner of the 2017 APRA/AMCOS Screen Music Award for “Best Music for a Documentary.”

Daniel performed and studied intensively in the USA from 2008-2013, earning Doctoral and Masters degrees from the University of Miami Frost School of Music. Since returning to Australia, Daniel has maintained an active schedule comprised of creative, wide-ranging musical activities throughout Australia and the USA. His mission is to push forward with culturally diverse music productions and workshops which openly welcome community participation and inclusion.

"I love the tone, consistency, versatility and durability with Remo. My one and only drumhead choice."  -Daniel Susnjar