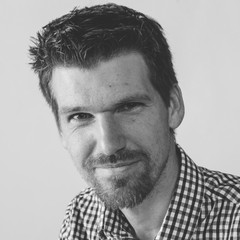 Prior to moving to Texas, Mr. Gronneberg was the Director of Percussion for the Grain Valley School District in Missouri. Under his direction, the percussion ensembles performed as the 2017 Missouri Music Educator’s Convention Honor Chamber Ensemble. Additionally, he has had ensembles perform at the 2015 and 2019 Music for All National Percussion Festival.

David has arranged for many outstanding high school marching percussion sections throughout the country. His percussion arrangements represent groups in Arkansas, California, Missouri, Kentucky, Oklahoma, South Carolina, and Texas. Not only has David worked with high school ensembles, but he also served on the instructional staff for Gateway Indoor from 2007 – 2013, acting as the Snare Technician (2007 – 2010), Battery Caption Head (2010), and as a consultant (2011 – 2013).

David is a Past President for the Missouri Chapter of the Percussive Arts Society. He is an Educational Artist for Innovative Percussion, Remo Drumheads, and Zildjian Cymbals.