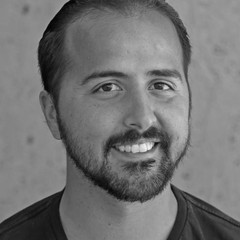 David Miranda is full-time percussion educator, writer, and designer originally based in Southern California. Currently, he is the newly appointed Associate Director of Bands for Del Valle High School and Middle School in El Paso, TX. Over the years, his groups have accumulated many percussion awards. Some recents include SCSBOA 4A Championships High Percussion Award (Alta Loma 2017) and two WGI Championship Gold Medals (Chino Hills 2015 & 2017). Some of his previous High School programs include Rancho Cucamonga High School, Upland High School, and Colony High School, where he served as a Battery Technician for the Fall programs and Battery Technician/Visual Designer for the Winter Programs.

His drum corps member experiences include groups such as SoCal Dream, Pacific Crest, Santa Clara Vanguard, and the Phantom Regiment. He has taught with The Troopers, The Santa Clara Vanguard, The Blue Stars, and Gold Drum and Bugle Corps. Most recently he was the arranger and Percussion caption head for Gold Drum and Bugle Corps 2017-2019, as well as the indoor group which made Finals their first year in WGI PIO.

His other indoor experience includes 4 seasons of Pulse Percussion as a member from 2007-2010, receiving the WGI Gold Medal for his age out performance. He also served as a section leader for his last two years. He was then back with Pulse on staff for 3 years from 2011-2013 as the bass tech.

As a percussionist, Dave performed in the Kellogg Percussion ensemble, the Cal Poly Pomona Wind Ensemble, as well as the Cal Poly Jazz Ensemble. He also spent time conducting at Alta Loma High School during the winter/spring semester(s). Dave is proud to be a member of the Vic Firth and Zildjian Education Team. He also proudly endorses Remo Drumheads.

Dave currently lives in El Paso, TX and is pursuing a Master’s Degree in Education at the University of Texas at El Paso.

"I have always used Remo drumheads since I first started playing drums. The clarity, articulation, depth of overtones and variety of timbres available has proven to provide me with any sound I can hear in my head. The customer service as is also second to none, I have always felt taken care of and valued by this company. As an educator, I often encourage my students to buy Remo products and expose them to how the heads can sound when tuned properly."