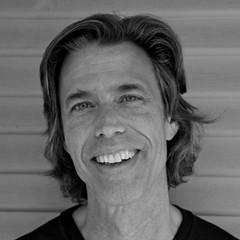 David currently teaches at Stanford University, and has also been a regular faculty member at the Stanford Jazz Workshop ,Rhythmic Concepts Jazz Camp West,The Jazzschool in Berkeley and at the Lafayette Summer Music Workshop.. Recently he played the Broadway Shows “Jersey Boys,” It Ain’t Nothin’ But The Blues,” “ Les Miserables,” “Ragtime", and the Janis Joplin shows "Love, Janis" and "A Night with Janis Joplin" during their San Francisco runs. He also plays on many commercial jingles, and film and television soundtracks, both in the Bay Area and Los Angeles.

"I’ve been playing Remo drumheads for many years for many different styles of music.  Remo heads always deliver the perfect sound.  For hard hitting contemporary electric music, I use a combination of Clear Pinstripes and Clear Emperors on top with Clear Ambassadors on the bottom of my Toms.  For Acoustic Jazz, I use Coated Ambassadors on top and Clear Ambassadors on the bottom of my Toms. I like a Coated Ambassador on all of my Snare drums, though sometimes I use a coated Emperor for a deeper sound.  I am loving the versatility of The Remo Sub-Muffle in combination with a Clear Pinstripe on all of my Bass Drums.  Remo delivers the goods!”