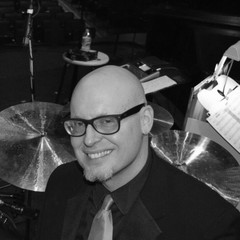 David served on the faculty of McNally Smith College of Music for 27 years. He currently serves on the Percussive Arts Society Drumset Committee and is a member of the Modern Drummer, Remo, and Vic Firth Educational Teams.

David authored Mastering the Tables of Time (a Modern Drummer 2009 Readers Poll winner), co-authored (with Walfredo Reyes & Elliot Fine) The 2 in 1 Drummer, both available from Alfred Music Publishing, and was “Drumming History and Analysis Consultant” for Jim Berkenstadt’s book, The Beatle Who Vanished~The Unsolved Mystery of Jimmie Nicol, currently being made into a major motion picture.

In 2018, David opened his own global online David Stanoch School of Drumming and was presented the Legacy in Education Award by the Yamaha Musical Instrument Corporation.