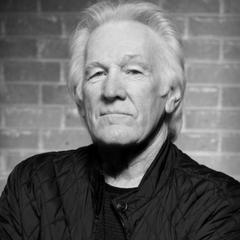 When the music is great, and the artists at play are the tops in their field, Denny Seiwell is there! In a career that has travelled from the intimacy of New York’s most respected jazz clubs, to Rock’s biggest stadiums to countless sessions in the studio, Denny has proven himself one of the most respected musicians at work today.

Denny was 5 years old when his father introduced him to the drums; he turned professional musician while barely a teenager. A stint with the Navy Jazz Band after high school led to a year’s assignment in Chicago under the tutelage of the great Roy Knapp, legendary teacher to such masters as Buddy Rich and Louie Bellson.

Then came New York where Denny’s first job took him to the famed Half Note Jazz club playing with the Zoot Sims/Al Cohn Quintet. From there a string of studio work which established him as the Big Apple’s Premiere session Drummer.

Having played with the crËme de la crËme of the Jazz elite, Denny’s Rock-n-Roll resume is no less envious, beginning with an invitation from Paul McCartney to move to London and become a founding member of the post-Beatles phenomenon “WINGS.” Denny also toured with Wings playing on many of that era’s biggest hits, “My Love” and the Oscar nominated “Live and Let Die” to name a few. Other Highlights of Denny’s London years included work with Joe Cocker, Donovan, and The Who with the London Symphony Orchestra in their ground breaking version of the Rock Opera “Tommy.”

While playing on some of LA’s most prestigious TV and Film dates, his passion for music, his human spirit, his training and abilities have earned him the reputation as one of the industry’s most respected drummers.