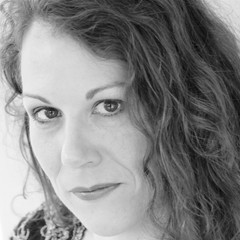 As a performer, pedagogue, clinician, and researcher, Elizabeth DeLamater is committed to bringing the highest level of percussion performance to students and audiences alike. Elizabeth teaches at the University of Wisconsin Oshkosh and the International Music Camp (International Peace Gardens, North Dakota/Manitoba), where she founded and directs the World Percussion Sessions. Elizabeth has performed with many classical and contemporary ensembles, including The Madison Symphony, Opera Project Columbus, the Phoenix Symphony, and Crossing 32nd Street, and frequently performs with Kaganu Percussion and as a soloist, most recently as a guest artist at the 2015 Honduras Internacional Festival de Percussión.

Elizabeth has been fortunate to participate in the world’s panoply of percussion traditions, and her travels include two tours of Japan and multiple trips to Trinidad and Tobago to perform and conduct research. In June 2010 she traveled to Senegal and The Gambia, where she studied Wolof and Malinke drumming. Her numerous festival and conference appearances include multiple Percussive Arts Society International Conferences, including the world premiere of Jenny Olivia Johnson's "COMA: I was in Pink" in 2015.

Elizabeth has extensive experience as a steelband director and arranger whose ensembles have received many awards, including an Educational Grammy Award in 2005 and an invitation to perform at the Percussive Arts Society International Convention in Orlando, FL. Elizabeth has also taught at Youngstown State University, Baldwin Wallace University, Roosevelt University, North Central College, and Waubonsee Community College.

An active clinician, Elizabeth serves on the Percussive Arts Society World Music Committee. Her published work can be found in the Instrumentalist and Panpress.