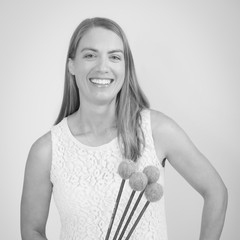 Emily Tannert Patterson is a percussion educator, arranger, clinician, and consultant in the Austin, TX area. She was previously the percussion director at the Rouse High School and Wiley Middle School, in Leander, TX, from 2015 till 2018, and was the percussion director at East View High School, Georgetown, TX from 2011 until 2015. Her ensembles have garnered numerous accolades including winning the 2016 PAS IPEC, the 2014 TCGC Scholastic Concert Open championship, and the 2015 WGI Houston Regional Scholastic Concert World championship, as well as second place in the 2015 Black Swamp Percussion Ensemble Contest. While she was at Rouse, the marching band was a Texas State Finalist in 2017, and the wind ensemble performed at the Western International Band Conference in 2015.

Patterson holds a Master's degree in Percussion Performance from The University of Texas at Austin, where she studied with Thomas Burritt and Tony Edwards. Patterson earned her Bachelor’s degree in Instrumental Music Studies, along with an undergraduate Performance Certificate in Percussion and her Texas teaching certificate, from UT in 2008, and received her Bachelor’s degree in Journalism and Political Science from Northwestern University in 2004.

Patterson marched with the Glassmen Drum and Bugle Corps in 2003 and was a member of the 2004 Winter Guard International world champion indoor drumline Music City Mystique. She is the chief judge for the Texas Educational Colorguard Association, and judges actively around the country.

Patterson is an educational endorser for Innovative Percussion sticks and mallets and Remo drumheads. She holds professional memberships in the Texas Music Educators Association and the Percussive Arts Society, is a member of the Texas Color Guard Circuit Percussion Advisory Task Force, and serves on the PAS Education Committee.