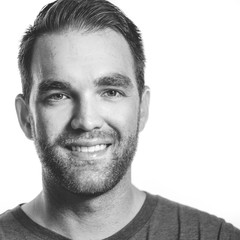 Over the years his love of music has shown no bounds. Studying piano at a very young age set the foundation for what would become a lifelong passion. Later, he was undoubtedly hooked on all things percussion and pursued his undergraduate degree in percussion performance with a minor in music theory from the University of North Texas where he also studied composition and arranging.

Ezekiel has been and continues to be very active as an educator. He is currently the percussion caption head and percussion composer/arranger at Los Alamitos High School in Los Alamitos, California, and a snare tech at Pulse Percussion. He has also had the pleasure of being on percussion staff at POW Percussion, the Boston Crusaders, Phantom Regiment, and the Santa Clara Vanguard. During his 4 years teaching at Vanguard, the percussion section won the Fred Sanford High Percussion Award an astounding 3 times. As an arranger/composer for DCI since 2017, he has had the pleasure of arranging the battery book for Pacific Crest Drum and Bugle Corps as well as arranging the entire musical package for Golden Empire Drum and Bugle Corps.