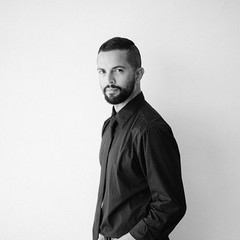 Felipe began playing percussion when he was nine years old in his hometown of Curitiba. He went on to study at the Fine Arts and Music School of Paraná (EMBAP). After moving to Chicago, Felipe quickly became one of the busiest percussionists in town. He was the featured percussionist for Robert Irving III's "Sketches of Brazil" project that debuted at Millennium Park, played prominent shows and events, including the Chicago World Music Festival and the Oprah Winfrey Show, founded and directed Unidos do Quilombo Brazilian percussion ensemble, and taught in Chicago Public Schools, the Music Institute of Chicago, Capital University's Conservatory of Music in Ohio, and DePaul University's School of Music. Since moving to Los Angeles in 2013, Felipe has performed with Ricky Martin, Aloe Blacc, recorded for Janelle Monae, Stanley Clarke, and Disney. He was hand picked by composer John Powell to record on the Rio 2 soundtrack as both a featured percussionist and vocalist.