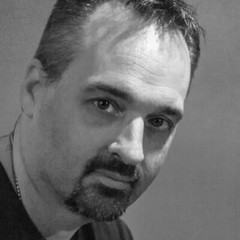 Fran Merante is a highly experienced live and cyber session drummer from the Greater New Haven, Connecticut area and has been playing drums now for over 33 years. If you ask him, he’ll tell you the most important of those years were the ones he spent at the Berklee College of Music where he honed his drumming skills and teaching concepts.

Fran has worked in many facets of the drumming industry, from studio work, to off-Broadway musicals, to original and top 40 gigs, to headlining gigs with his former band, Cubistic Jack. He has played such venues as Toad’s Place in New Haven, CT, Fat Daddy’s in Watertown, CT, The Oakdale Theater in Wallingford, CT, Foxwoods Casino in Ledyard, CT, Le Bar Bat in Manhattan and The Bitter End, Greenwich Village. While with Cubisitic Jack he also worked with musicians from Blood, Sweat & Tears, The Buddy Rich Big Band and the Arturo Sandoval group. In addition, Fran played with Styrocultural Antidote, an original "Progressive Fusion" trio powered by the composing and guitar playing wizardry of Ron Neuhauser. In this setting, Fran was free to create and progress as a player. To date, he feels that this was the setting where his drumming was most pushed to its outer limits. He also served as Drum Technician for New England Sound Company and worked with the Woody Herman Orchestra, The Arturo Sandoval Band, and Jack Jones.

Since 2008, he has recorded virtually hundreds of tracks for a multitude of musical genres. Currently, he is working with producer/engineer Bobby Parrs of Bobby's Backing Tracks, providing drum tracks for his world-class backing tracks.

You can find his instructional and performance videos on YouTube which have earned over 1,000,000 views and over 2000 subscribers to his channel.

Fran also teaches private lessons out of his home studio and is also available for lessons via Skype.

In addition to his full teaching and recording schedule, Fran also manages to play live, weekly, with one of Connecticut's Premier Jazz performers, Steve D'Agostino.