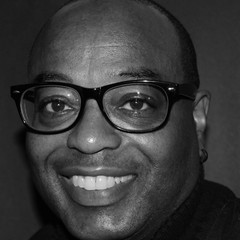 Fred Dinkins is known worldwide as a world-class musician and instructor.

Fred is most requested drum instructor at P.I.T., Musicians Institute, located in Hollywood, California. He also teaches privately and is highly sought after for drum instructions. Fred comes highly recommended by his peers such as Harvey Mason, Joe Porcaro for drum lessons, sessions and as a touring drummer. Fred hails from St. Louis, Missouri and has been playing professionally for over thirty years.

Fred is also the author of “It’s About Time”. An Alfred Publication, the book was rated #4 in the Modern Drummers worldwide readers’ poll in its first year on the market. He also held a master class at the 2011 PASIC 50th anniversary convention held in Indianapolis, Indiana. Fred has also taught at the University of St. Louis where he demonstrated his amazing timekeeping drills and he recently recorded with Deniece Williams on her new CD (Love Niecey Style). Fred has held numerous master classes at major universities around the US and abroad. He is highly sought after for lessons to the stars such as Sinbad, Stevie Wonder, and Natalie Cole and more. Fred is the Musical Director for Deniece Williams and The Emotions. He is also planning to release his first solo CD and a DVD based on his award winning book “It’s About Time” in 2016. Fred can also be seen on Sinbad’s latest DVD titled Sinbad (Where U Been) as well Sinbad’s new reality TV show called “It’s Just Family”. If you would like any more info about Fred visit his website www.freddinkins.com or please feel free to contact him at fdinkins@freddinkins.com