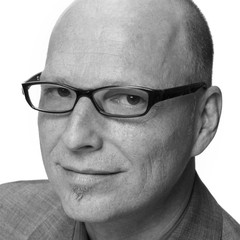 As a drummer and educator, Garey has become one of the most sought-after teachers and performers in the Northwest. Garey received his Masters of Music in Percussion Performance & Jazz Studies from Central Washington University in 1993 and Garey was a member of the CWU music faculty between 1999-2001, teaching orchestral percussion and drumset, percussion methods, percussion ensemble, jazz band and jazz history.

In 2009, Garey returned to Seattle to continue his career as a performer and educator.

He has performed in countless festival and concert venues, including the Bite of Seattle, the Jazz in the Valley Festival, the Port Townsend Jazz Festival, the Banff Jazz Festival, and many other Northwest festivals. In 2001 - 2012 Garey was a member of the jazz fusion trio Ecstasy In Numbers and has been reviewed in Modern Drummer, Rhythm Magazine, Percussive Notes, and numerous regional and local newspapers.

As a studio musician, Garey has recorded over 50 commercial CDs and has done sessions for radio and television.

Garey is an active public school clinician presenting clinics in over one hundred schools. He has taught numerous master classes and clinics at universities, music stores, drum shops, drum schools, jazz camps and jazz festivals. Garey endorses and conducts clinics for Ludwig drums, Sabian cymbals, Innovative Percussion sticks, Remo drumheads and Latin Percussion, and is the author of The Hi-Hat Foot and Drummer's guide to Big Band (published by Wizdom Media and distributed by Alfred).

For more information you can visit Garey on the web at www.gareywilliams.com. www.drumsetartistry.com