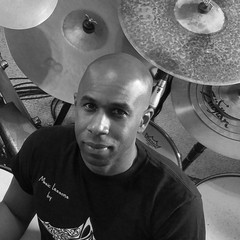 Gerald Myles is the founder, director, and premier drummer of MylesOfDrums.com. Born and raised outside of New York City, he is the third generation of professional drummers. By the age of 15, Gerald began winning numerous regional and national awards for his playing abilities. His training includes attending the prestigious Hartt School of Music and University Of Massachusetts as a Jazz Performance major. He was named the United States’ best up and coming “Blues, Pop, and Rock” drummer and “Studio Jazz Orchestra” drummer by the world renowned DownBeat Magazine at age 21.

From 2005 to 2009 Gerald became a member of The Volunteers; the official touring show band of the United States Army. With the Volunteers he toured the United States playing high profile shows such as NFL games, the closing of Yankee Stadium and President Obama's inauguration, all while regularly recording in their multi-million dollar recording facility.

In addition to operating MylesOfDrums.com, Gerald continues to freelance and teach in the Tri-State area. He has built a Pro Tools and Logic Pro based drum recording studio in his privately owned home in Norwalk, CT. His career has spanned many genres and has prepared him to perform and record virtually any style of music.