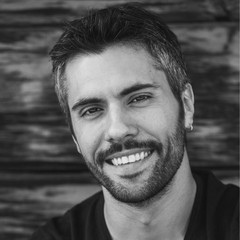 Gianluca Palmieri was born in 1982 in Napoli, Italy.  After being very active in the Italian Pop, TV and instrumental music scene, in 2006 Gianluca moves to Los Angeles, California. There he graduates at the Musicians Institute Hollywood, winning the prestigious Carlos Vega Memorial Scholarship & Drum off 2006 and the Outstanding Player Achievement Award.

He is constantly recording, touring internationally with different artists, and offering drum clinics.

Currently, Gianluca is a member of the Drum Faculty at the Musicians Institute, Hollywood, CA, since 2013.