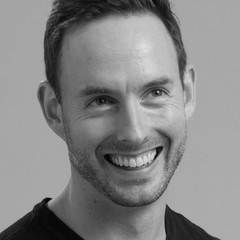 A native of Prince Edward Island, Canada, Dr. Francis received his Bachelor’s degree in Honors Music Education from the University of Western Ontario, in London, Canada, a Masters in Percussion Performance at Southern Methodist University in Dallas, and his Doctor of Musical Arts degree at the University of Texas at Austin.

An avid performer, Mr. Francis’ performances include orchestras in the US, Canada, and Europe, a wide variety of chamber music and jazz groups, and he has a number of pop, rock, and jazz records to his credit. He is a member of the Austin Chamber Music Center performance and teaching faculty, and is one half of the Schumann-Francis Duo, whose performances have been featured regularly on American Public Media’s Performance Today and have been nominated for eleven Austin Critics Table awards for best solo/chamber music performances. He performed in concert with the Brent Watkins Trio at Carnegie Hall in January 2014, with the resulting record to be released in 2016.

Dr. Francis has served as Percussion Lecturer at the University of Texas at San Antonio since 2006, where he has also taught Rock and Roll History, Jazz History, Drum Set Improvisation, co-directs the UTSA Percussion Ensemble, and directs the UTSA Faculty Jazz Combo, for whom he is the drummer. Dr. Francis endorses Vic Firth sticks and mallets, Zildjian cymbals, Remo drumheads, and Yamaha percussion instruments.