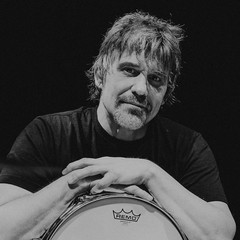 Greg Upchurch is an American alternative rock drummer and best known as the drummer for the multi-platinum rock band, 3 Doors Down.  Greg, like most kids growing up in the 70’s, was first turned onto drums by listening to bands like Kiss and Queen. In high school he joined the jazz band and received a scholarship in music to the University of Central Oklahoma. He would then move to follow his dream to become a working musician. A fortuitous meeting of the members of the band Eleven in the Hollywood Guitar Center would lead to being their drummer. Later the band Eleven would become Chris Cornell’s band for his debut solo album Euphoria Morning. After Chris started the band Audioslave, Greg moved on to be a member of the band Puddle of Mudd in 2001. After 4 years in Puddle, Greg moved on, taking the gig as the drummer for 3 Doors Down, which he has been doing for 15+ years. Greg has also written and produced lead singer Brad Arnold’s solo debut “Wicked Man”.

"The reason I chose Remo long ago was the longevity without losing tonal integrity.  Even after I’ve been pounding the drums, literally as I hard as I can, I rarely ever touch a drum key during a show.  I mean as a drummer, what more could you want from a drumhead?  Creativity with durability!"  -Greg Upchurch