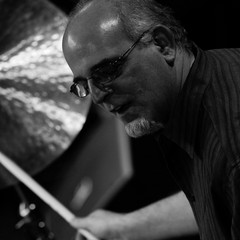 Harvey Sorgen, Hot Tuna's sizzling drummer, started playing drums and percussion instruments in 1964. His mastery of many styles-jazz, rock, funk and pop-is evident on recordings and gigs with Ahmad Jamal, Robbie Dupree, Roswell Rudd, Dry Jack, Bill Frisell, NRBQ, The Mallards (his own group) and many others, including Hot Tuna. Harvey's taught, performed his own compositions, traveled all over the world (including a two-year stint in Holland) and served as a sound engineer and producer. He has also written and performed pieces for film and the stage, including a solo percussion piece for the New Day Repetoire Theater’s version of “Antigone”.