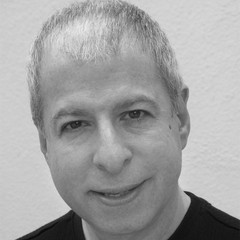 At the of age 10 in Port Washington, New York, Henry began studying drums with local teachers and later commuted to New York City to study with noted drummer and author, Joe Cusatis.

Henry attended the Berklee College of Music in Boston, where he studied privately with respected jazz artists and educators Alan Dawson, Gary Burton and Fred Buda. After leaving Berklee, Henry worked on the East Coast and in the late 1970’s, moved to Los Angeles to further his career and continued his professional studies with Freddy Gruber, Earl Hatch and Dale Anderson.

Henry has played on hundreds of sessions for TV, film, and commercials, as well as recorded for artists as diverse as Ice-T (“Colors”), Roger Williams, John Batdorff, and Latin star Rocio Durcal. He has been awarded gold and platinum records and also received a Billboard Latin Music Award for co-producing a hit record for Ana Gabriel. Some of the artists Henry has performed with in concert are Cher, David Benoit, Melissa Manchester, Sam Moore and Ben Vereen.

Among the film scores he has recorded are “Friday the 13th”, “Midnight Run”, “Out for Justice”, “What Happens in Vegas”; TV shows such as “Married With Children” and “Girl Meets World”; and nationally-aired commercials including Free Credit Report.com, McDonald’s, Burger King, Target Stores and Coors.

Henry performs and records with artists and composers in the Los Angeles area and is co-leader of the local group, Jazztown Buffet.

Henry has been a Remo artist since 1990 and is also a DW, Paiste and Vic Firth endorser.