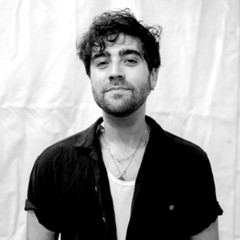 James Jennings is a session/touring drummer from Sydney, Australia. James had a deep passion and obsession for the drums from a young age and started his drumming studies at 10. From 14 he was playing with some of Australia's top jazz artists and youth ensembles as well as professional orchestras, Big bands and small jazz combos. After high school James furthered his jazz studies at The Sydney Conservatorium of Music where he again was able to play and study with some of Australia's finest educators and musicians.
Whilst attending University at The Conservatorium, James toured, recorded and played with many well-known Australian pop/indie artists/bands and producers around Australia. In 2009 James helped form and started playing with the 5 piece Australian band Lime Cordiale. The band extensively tours and plays to large audiences in Australia, New Zealand, UK, Europe and America. In 2019/2020 Lime Cordiale went on to achieve a #1 album ‘14 Steps To a Better You’ on the ARIA Albums Charts and was #2 Most Voted Artist in triple j’s hottest 100 in 2019 behind Billie Eilish. In 2020 the band saw 4 songs in triple j’s hottest 100 and in 2021 had an record breaking 5 songs in the top 30 of the count down. The album has attained 11 Gold Singles to date. In 2020 Lime Cordiale was nominated for 8 ARIA awards winning “Best Breakthrough Artist”
James also continues to play, record and tour with many other artists/bands around Australia.
"Remo are the gold standard of drum heads. Their sound, feel and durability are second to none. Whatever the musical situation I’m in I can always trust Remo has the range and sound just perfect for me."  -James Jennings