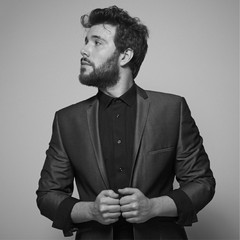 I started in the music business as a Drummer aged 18, I played with many artists in my formative years - Sia, Bryan Adams, Martha Reeves & the

Both huge hits, the latter being the most played track on UK radio in 2009. Both tracks also reached platinum sales. Those songs were the perfect combination of the things I love most: guitar music, hip-hop & R&B, and a good ol' pop banger.

In 2010 I left the band and went on to produce and write music for various artists. In 2012 I joined the Stereophonics. I have had 3 top ten albums with the band ( 1 number one and two number 2). We play stadiums, headline festivals, play all the major television & radio shows.

Fact: the band is the only other band since The Beatles to have 6 consecutive number one albums.