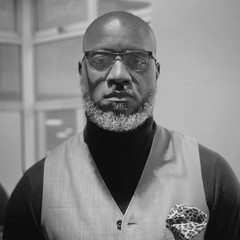 Jerome Matthew-Moore Brown, known to most as Jerry Brown, grew up in East London, along with older brother Nicky. Brought up in a musical family, the creative arts were just inevitable. Jerry started out very early in dance and musical theatre. Later on he pursued studying music theory, going straight into the music industry at 17 years old, on his first tour with Gloria Gaynor. Growing up in church, Jerry had a definite advantage. He trained up, playing more than one instrument, his voice and musical ear was refined too, with which, he sung on a few radio hits too. Jerry's been blessed to record & share the stage with artist such as, The late great Nina Simone, Tom Jones, Harry Connick Jr, Dave Stewart, Dreams Come True (Japanese Artists), Paul Weller, Tina Turner, Jessica Simpson, Girls Aloud, Will Young, Sam Moore, Deep Purple, Rick Wakeman, The Sunflower Jam Extravaganza, The London Community Gospel Choir, The Kingdom Choir, Courtney Pine, Julian Joseph & The London Philharmonic Orchestra to name a few.

"I'm so grateful to God for the gift & opportunities he's given me. I'm still learning & trying to be my best for the season I'm in, of which, I don't take for granted. Thank you REMO drumheads for being in my corner. This is definitely a blessing to play the best & I feel REMO are the best to ever do it. Grateful for the opportunity. The variety of heads are amazing but for me, I just love the look & sound of a fresh set of coated heads on the kit. It’s awesome”.  -Jerry Brown