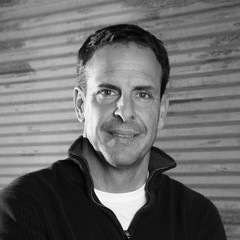 Joe McCarthy has led a diverse career as drummer/percussionist, bandleader, producer and educator in a myriad of settings from symphony orchestra to bebop, big band, afro cuban, theater and beyond.

Joe has been actively involved with education throughout his career. He has been teaching on the collegiate level since 1992, upon graduating from the University of North Texas with a Masters in Percussion Performance. Joe has held positions at Texas Wesleyan University and Delaware State University. He currently holds adjunct appointments at Georgetown University, George Mason University and Washington College. Active as a clinician, Joe has been a featured performer and clinician at the Percussive Arts Society International Convention PASIC, Jazz Educators Network International Convention JEN, numerous PAS Days of Percussion, MusicFest Canada, The National Jazz Workshop, George Mason Univerisity Summer Jazz and Percussion Seminars, The Jazz n Youth Exchange of Germany, and many others. Joe has been featured at many of the nations top collegiate music institutions and festivals, in addition to numerous high school jazz festivals as a guest soloist, clinician and adjudicator.

Joe is published by Alfred music with “Joe McCarthy’s Afro Cuban Big Band Play-Along Series”, which includes a book/CD play-along and Vol I-II DVDS. This series has received rave reviews worldwide and is part of the curriculum at The University of North Texas, University of Miami, Berklee School of Music, Humber College and many others. Joe has educational series featured on the websites of Vic Firth, Zildjian and Alfred Music.

Joe has just completed a twenty-year tour as Chief Petty Officer with The United States Naval Academy Band, where he served as principal percussionist with the wind ensemble and Chief in Charge/drummer of the Next Wave Jazz Ensemble, one of the Navy’s two premier big bands. Under Joe’s direction, the Next Wave commissioned and recorded new works by Jim McNeely, Vince Norman, Dave Samuels, Shawn Purcell and Dan Cavanagh.