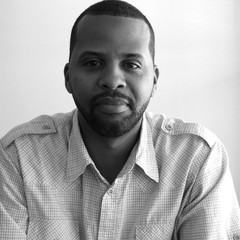 A highly sought-after drummer, John “Lil’ John” Roberts thrives in the industry as the ultimate heartbeat.

John, native of Philadelphia, quickly became noted as a child prodigy playing alongside Christian McBride and Joey Defranceso at the age 16. The trio was part of the Duke Ellington Orchestra, a project created and directed by Wynton Marsalis, comprised of the country’s 22 best young jazz musicians. In 2020 the trio had a Reunion Residency including Kirk Rosenwinkel at the Blue Note.

Under full scholarship at Berklee College of Music in Boston, Massachusetts in 1991, John studied for 2 years and started his touring career with Hip Hop Artists DJ Jazzy Jeff and the Fresh Prince (Will Smith). From there, he moved to Atlanta, Georgia, where he started recording and touring with Dionne Farris, Xscape, Monica, The Goodie MOB, and Joi. At the request to fill in for Jonathan Moffet, John began touring with Janet Jackson at the age of 23 and continued to tour with her for two decades.

After writing and producing with various artists, and his own band “The Chronicle”, John concentrated on his personal debut project entitled “The Heartbeat”, released in 2014. The album features Stokley of Mint Condition, Eric Roberson, Robert Glasper, Anthony David, and many other artists.

In 2019, Lil John recorded a project with former Berklee bandmate, bassist Richie Goods, with an album dedicated to the great Mulgrew Miller called “My Left Hand Man” which was supported by a tour nationally and overseas.