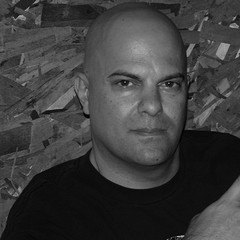 Jordan Burns grew up in Southern California, mixing the styles of early punk drummers Chuck Biscuits, Lucky Lehrer, and Derek O’Brien with the technical precision of Neil Peart. Jordan Burns worked with several local bands before joining Simi Valley punk band, Strung Out, in 1993. After just a few rehearsals, Jordan Burns recorded Another Day in Paradise with the band.

Strung Out is known for their fusion of punk rock and heavy metal without sacrificing melody. Their albums and performances evolved throughout the band’s lifetime to embrace speed and technique with a hint of darkness. Strung Out’s 2002 release, An American Paradox, made their first appearance on Billboard’s top 200 charts.

Their 2004 album, Exile in Oblivion, required Jordan Burns to practice extensively. Of his performance on the album, Jason said, "I had to really work on my double-kick skills. The kicks are just flying on this record, and I had to brush up on my skills for that. It's just something you can’t stop practicing."

In the late 1990s, Jordan Burns played with the band Pulley, another Southern California punk band. He recorded three albums with the band.