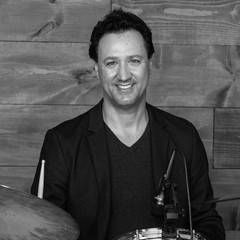 Julio Figueroa was Born in Sao Paulo, Brazil. Julio begun playing Percussion at the age of ten, and begun studying the Drum set at the age of fourteen. He lived in Buenos Aires, Argentina for ten years before moving to Los Angeles in 1993.

Julio's multicultural background allows him to adapt to any percussive situation, and makes him a much sought after drummer and percussionist in the United States. Julio's versatility is one of his strongest assets. Julio Figueroa's playing has become a part of everyday contemporary life in Los Angeles as his music is heard on television and radio Jingle commercials such as Coca Cola, Clamato, Tequila Cuervo, Medicare, Nissan, Hughes Satellite, The Wave 94.7, Etc and movie soundtracks including Michael Jackson's "Rock my World", Warner Bros... "Why Do Fools Fall In Love", "Looking For Lola"and "Hostile Intentions".

Julio Figueroa has performed critical roles both on the stage and in the studio for some of the most popular Latin artists of our time. Julio shares his considerable skills by conducting percussion and drum workshops and clinics.

His classes are so popular, that he has conducted over 150 workshops and clinics all over North America, Central America, South America and Europe. On tour with Joan Sebastian. His last released album has been on theBillboard Hot Latin Charts for 7 months. It also sold one million copies in the U.S and is certified Platinum and Grammy Nominated.