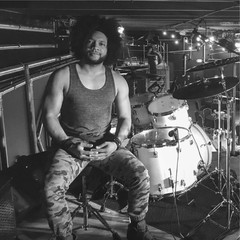 Juseph began his musical career at the age of 15, his first profesional work was in the church “De la Cruz”, which is the church with the largest number of congregants in Venezuela, where the weekly attendance is of 10,000 people.

Juseph has an instrumental band that has taught master classes and has participated in music festivals in Venezuela, United States, Aruba, Colombia, Panamá, Chile, Argentina, Ecuador.

He is certified as an Intructor and Examiner by Yamaha Music Education, he has been the music professor with the greatest number of graduates of drum classes at a Latin American level. As well, Juseph teach at “Instituto CanZion Miami” an institute of music that is in different countries, created by the recognized Christian singer Marcos Witt.