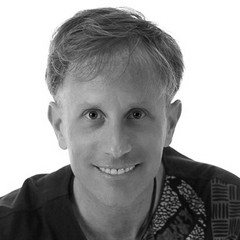 Kirk Brundage is a classically trained percussionist who went on to play in Brazilian carnaval. Originally from upstate New York, he earned an MFA from CalArts, a Fulbright Scholarship to Denmark, and played for many years as an ‘extra’ with the Buffalo Philharmonic Orchestra. However, Kirk’s adventurous spirit took him to Cuba and Brazil to explore new musical horizons. For almost 15 years he has traveled to Salvador, Bahia, Brazil to study the roots of samba, the sacred drumming of candomblé, and the latest carnaval innovations. LA-based, Kirk has played in carnaval with Olodum, at the Latin Grammys with Daniela Mercury, in a show with The Police drummer Stewart Copeland, and on a recording with Grammy Award-winning artist Beck. He has taught at UCLA, appeared at PASIC, and self-released two percussion CDs. His book series Afro-Brazilian Percussion Guide is published by Alfred. Kirk’s work has been reviewed in Modern Drummer and Percussive Notes magazines. Please visit www.afrobrazilianpercussion.com