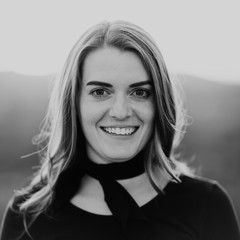 Drummer, percussionist, writer and educator Kristen Gleeson-Prata was born and raised in Cleveland, Ohio. She grew up listening to 70s funk, the Rat Pack, and Al Green, and fell in love with drums after seeing Billy Cobham in concert with her dad when she was nine. After attending DePaul University’s School of Music and transferring to Berklee College of Music, she earned her bachelor’s degree in Drumset Performance and moved to Los Angeles.

She has worked with BØRNS, Mike Taylor, LPX, Trixie Mattell, Emma White, Tigertown, Bay Ledges, Kenton Chen, Morgxn, Abby Posner, Rachel Crow, Mario Jose, Francisca Valenzuela, Shirley Manson, We Are King, and many others. She has taught African Drumming at AMDA-LA, developed curriculum for ICON Collective, is trained as a drum circle facilitator by Arthur Hull and Christine Stevens, is a regular volunteer at Rock and Roll Camp for Girls LA, has an extensive private student roster, and endorses Tama drums, Paiste cymbals, Vic Firth drumsticks and Remo drumheads and percussion. She also writes for Modern Drummer and Tom Tom magazines. She was featured in Modern Drummer in 2017 and was nominated in the 2018 Modern Drummer Readers Poll in the "Up and Coming" category. She is known for her impeccable time, feel-good pocket, powerful yet tasteful touch, stylistic versatility, and bright personality.