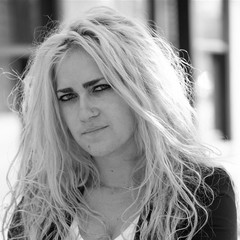 Lindsay grew up on a farm in Upstate New York. At age 6 she started learning classical piano. At age 9, her Dad introduced her to the sounds of Led Zeppelin and so the journey began! As a 16-year old, Lindsay made a name for herself by entering the Albany Guitar Center DrumOff. She was gigging around the Albany NY area, had her own DJ business and was a drum instructor for kids. During her senior year of high school, Lindsay was accepted into University of Southern California’s 'Popular Music' program and moved to L.A. in 2012.

Lindsay has Drum Tech’d for Kenny Aronoff, Tommy Lee, Ringo Starr, and Glen Sobel and regularly volunteers at a kids’ summer music camp. She’s performed on different music video shoots and had articles written about her in Modern Drummer and Drum! magazines.

Currently, Lindsay is the drummer for Juliet Simms and ABBARAMA. Past projects include Grammy-winning Pop singer DAYA, The Starbreakers, Alexandria Corn and a variety of others. She’s also had the chance to open up for different acts, ranging from Montgomery Gentry, Vince Neil of Motley Crue, the All American Rejects, and more. During her freshman year of college she had a small part on the season finale of Glee!

Lindsay is passionate, hard-working, dedicated, and wants to be an inspiration to young, up & coming female drummers as well.

As Lindsay says, “When I started playing drums, there were Remo heads on my starter kit. Remo has always been my #1 choice and go-to drum head”.