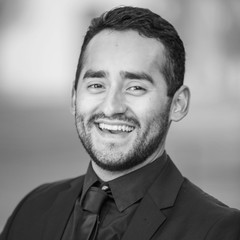 Matt Ponce has been a part of the marching activity in southern California since 2006. Performing in a wide array of world class ensembles, Matt has numerous memberships in groups such as Pulse Percussion, RCC Indoor Percussion, The Blue Devils Drum and Bugle Corps, and The Blue Devils International Corps.

Currently, he is active as both an educator and a performer. Performing in various roles as a musician at the Disneyland resort, he has been a member of Mickey’s Soundsational Parade, the Festival of Holidays Toy Drummers, and the newest Magic Happens Parade. He also performs with the Los Angeles Chargers “Thunderbolts” Drumline, a Sidle Entertainment performing ensemble.

As an educator, Matt has been with Rancho Verde High School since 2013 and serves as the Percussion Caption Head, Program Coordinator, and Battery Arranger. Reinstating the winter percussion program for the 2015 year, they saw their first finals appearance and achieved a silver medal in the 2019 SCPA season. Matt has also worked with El Modena High School since 2015, where he led the program to two first placements during the 2017 and 2019 competitive seasons. He has also worked with WGI and DCI groups such as Dark Sky Percussion, the Mandarins Drum and Bugle Corps, Spirit of Atlanta Drum and Bugle Corps, and Pacific Crest Drum and Bugle Corps, serving as the Percussion Caption Head for the 2018 season.