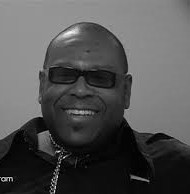 Michael Bland was born March 14, 1969 in Minneapolis, Minnesota. His church-dedicated family started Michael out on the piano at age six, an he quickly advanced to the baritone horn at age seven. Michael took to the instruments his father introduced him to quickly, but by age nine, he found his passion playing the drums. His father contributed his talents to the church, where one of his sisters also played. He decided at fourteen to take the drums seriously and devoted all of his spare time to honing his skill. At age sixteen, he won the "twin cities best drummer" contest. It was just the beginning of a rewarding career.

With his recognition as a prodigy, Michael was actively sought by many local acts. At seventeen, Hiram Bullock snagged him up, and took him to Pittsburgh and New York to do some one-nighters. In that same year, he joined Dr. Mambo's Combo, a house band at Bunker's Music Bar and Grill, a local club where many Minneapolis musicians cut their teeth. Bunker's is where Prince first spotted Michael, after hearing other musicians rave about how great a drummer he was. Prince went down to Bunker's one night to see what the hype was all about, and after two or three songs got up to sit in with the band. He decided that Michael was the element his new group needed. Thus, Michael joined Prince in 1989.

The Prince camp welcomed Michael with open arms as he toured, recorded, and performed with the New Power Generation for seven years. In 1996, immediately after his tenure with Prince, Michael went on tour with Paul Westerberg, which led to tours and recordings with other national acts, such as Chaka Khan, Maxwell, Dionne Farris, George Benson, Phil Upchurch and Howard Hewitt. More recently, you might have seen Michael's name on albums by Evan and Jaron, Shannon Curfman, Har Mar Superstar, Kyle Riabko, and many others. In 2004, Michael began playing on film scores, such as "Anchorman" and the soon to be released film, "Alot Like Love". Also in recent months, he has found himself putting his musical attributes into producing artists and bands, As well, Michael's free time consists of writing, producing, and recording with his gospel-rock group, Sons Of Almighty... a group which also involves some of Michael's former bandmates from his earlier days with Prince, lending his talent to news from the jungle, a jazz-fusion trio on the Universal France Jazz label. In 2005, Michael toured with Paul Westerberg in support of his album, "Folker". He also started recording an album with Soul Asylum, their first in 8 years, entitled "The Silver Lining". During the process, he joined the band, and has been a member, ever since. In 2006, Michael recorded "Turn Around" with Jonny Lang. It won a Grammy for best Gospel Album, that year. In 2007, Michael started his production company, Sonic Matrimony. His first artist, Mayda, released her EP, "Stereotype", later that year. Mayda will release a full length LP entitled "The Interrogation" in March 2009. Michael is working on an instructional dvd, hopefully to be released this summer.