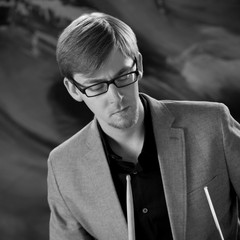 Michael Mixtacki recently joined the faculty of the University of Texas-San Antonio. Previously, he was on faculty at Northern Illinois University since 2012, teaching percussion lessons and classes, co-directing the NIU Percussion Ensemble, and directing the Latin Jazz Ensemble and Afro-Cuban Folkloric Ensemble.

Michael received his Bachelor’s degree from the University of Wisconsin-Madison, where he studied primarily with Dr. Anthony DiSanza. He earned his Master’s degree at the Indiana University Jacobs School of Music, where he studied primarily with Professor Michael Spiro. Mixtacki and Spiro have given a number of clinics and masterclasses throughout the Midwest together, and co-authored an article on Cuban popular percussion that was featured on the front page of Percussive Notes, the official publication of the Percussive Arts Society. In addition to his academic studies, Michael has studied with renowned percussionists and vocalists in the cities of Havana and Matanzas, Cuba, along with numerous Brazilian and Cuban musicians living in the United States.

As a performer, Michael is the drummer, percussionist, lead singer, and arranger for Ritmos Unidos, based in Bloomington, IN, and helped co-produce their two CD releases, “¡Funklorico!” and “Ritmos Unidos.” Music from their self-titled album has been played on radio stations throughout the world, and has received critical acclaim from several different jazz publications, including Downbeat magazine. The group has performed throughout the Midwest, and at festivals and conferences across the country, including the Healdsburg Jazz Festival in 2015 (Healdsburg, CA) and the Jazz Education Network Convention in 2013 (Atlanta, GA). Michael has also recorded with the Wayne Wallace Latin Jazz Quintet, and was featured on their Grammy-nominated album Latin Jazz/Jazz Latin. Michael has also been featured as a singer and percussionist with Brazilian bands Grupo Balança in Madison, WI and Ginga in Boulder, CO. He has performed as a timpanist with the Madison Symphony Orchestra and has played in a number of clinics and performances at the Percussive Arts Society International Convention.

Michael is a regular faculty member at the UW-Summer Music Clinic in Madison, WI, and the Birch Creek Percussion and Steel band session in Egg Harbor, WI. He is a highly sought after guest artist at many colleges, high schools and summer workshops throughout the country as both a percussionist and a singer.

Michael is a Yamaha Performing Artist, and is an artist/endorser of Innovative Percussion sticks and mallets, Sabian Cymbals, Remo Drumheads, and Latin Percussion (LP) instruments.